Create a Network of Pulsating Metronomes!
The BodyBeat Sync represents the ultimate in musical tempo reference devices. As a fully featured metronome, it is capable of transmitting the beat by visual, aural and tactile means. Wireless functionality allows two or more BodyBeat Syncs to work in synchronicity with one another, allowing the networking of multiple units on stage, in the recording studio, band room or anywhere the precise synchronization of a performance and its performers is required.

Metronome Engine
The BodyBeat Sync features a complex metronome engine capable of producing endless combinations of rhythmic patterns. Meter or Time Signature parameters are independently adjustable allowing 1 - 12 beats per measure over a beat value of 2, 4, 8 or 16.

Subdivision selections are based on the chosen beat value and will display correctly notated for 1 beat. Selectable Accent Patterns vary upon the number of beats per measure and allow for the division of longer beat counts into groups of 2 and 3 ( every possible combination included ). Tempo can be adjusted from 10 - 280 BPM.

Practice Patterns
There are 14 additional Presets beyond the initial 100 user definable memory locations in the BodyBeat Sync that are named rather than numbered. These additional presets are two bar patterns in which only the tempo setting is editable / storable. 2-3 and 3-2 presets of Son, Rumba and Bossa clave patterns are provided in 4/4 and 6/8. Common bell patterns such as Cascara and Agogo are also available in both clave directions.

Wireless Synchronization
The BodyBeat Sync has the ability to form synchronized, wireless groups of unlimited members. Any BodyBeat Sync can either function as a “Master” or leader of the group, or as a “Sync” unit or member.

Creating or joining a group is simple. Once a group is formed, each member or leader of the group will remember its group and its role within the group even when shut off and on.

Members of a group of BodyBeat Sync Metronomes will stay perfectly synchronized within a 75 yard radius of the master. If the maximum range is exceeded, group members will automatically re-sync once returning to a distance within the range. While changes to the master will not be transmitted when the range is exceeded, the group member will continue at the most recent metronome settings.

Individually formed groups of metronomes will not interfere with each other as they operate on wireless network protocol. For example, a group of 20 BodyBeat Sync metronomes or 5 unique groups of 4 can operate within the same room.

USB Functions
Other than the hardware control interface, the BodyBeat Sync’s metronome can be driven by two additional methods with the help of the USB port located on the right side of the unit.

Connect the BodyBeat Sync to a computer using the provided mini USB cable. Select USB Audio
Device as the MIDI output port to transmit a MIDI clock signal. W hen this signal is present, the tempo setting on your BodyBeat Sync is under the control of your MIDI capable software.

The BodyBeat Sync is capable of storing 9 MIDI Tempo Maps in its local memory. A MIDI Tempo Map is a MIDI file that has been imported 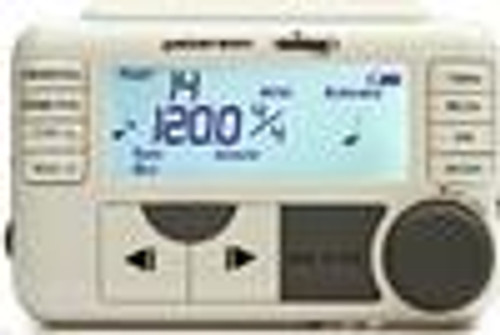